“When ships to sail the void between the stars have been built, there will step forth men to sail these ships.”
– Johannes Kepler

“If you let slip time, like a neglected rose it withers on the stalk with languished head.”
– John Milton

“I develop skills every year. Every year I suppose I am more capable than I used to be, I am more able to express what I want to, I am less limited in it.”
– Helen Folasade Adu

“I read enough, so I know I love when people create with the word, turning it into something more than a mere sentence, more than just a simple idea – that it resonates in some way beyond its mere existence as a word.”

“... leave it to the literary archaeologists to exhume the rest.”
– Michel Houellebecq

SCREENPLAYS
A. “The Fifth Element” by Luc Besson, a translation of the script

B. “Inception” by Christopher Nolan, a translation of the script

1. “One-Third Land and Two-Thirds Sky” (April 24, 2012) – Peter Greenaway's essay about psychology of creation and the Netherlands
2. The Aaron Aedy's interview and the translation of the lyrics of “Tragic Idol” (May 8, 2012) – about the creation and release of the album of the British music band Paradise Lost
3. Steve Edmondson about the release of “Tragic Idol” (May 14, 2012)
4. Mackintosh about the recording of “Tragic Idol” (May 31, 2012)
5. Marion Cotillard about career and personal philosophy for Marie Claire (UK) (October 28, 2012)
6. The Marion Cotillard's interview with Joan Juliet Buck for VOGUE (USA) (January 21, 2013) – everyday life of the actress who played the role of Mal Cobb in the movie “Inception” by Christopher Nolan and participated in the David Bowie's video “The Next Day”
7. Tony Visconti's interview about the creation of “The Next Day” (February 26, 2013)
8. The Next Day cover design and packaging design (March 12, 2013) – from Barnbrook Blog, a translation
9. Advertising campaign “The Next Day”, the book “David Bowie is” (August 24, 2013) – from Barnbrook Blog, a translation 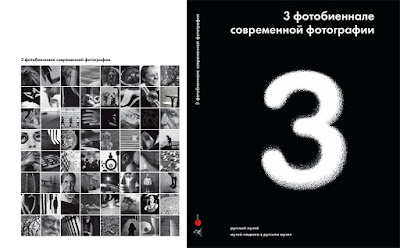 I am delighted to be able to let you know that my photograph “Écru No16” was given to The State Russian Museum in Saint Petersburg.

The Russian museum will be presenting the exquisite collection of modern Russian photography to the respected public for two months in the forthcoming spring 2014 for the time of III Biennale of Contemporary Photography.

The Russian Museum is the first Russian public museum of fine art. The State Russian Museum possesses the most exhaustive collection of Russian fine art in the world. It is classical and very powerful institution. I think about “Black Square” by Kazimir Malevich and the alphabet of perception. It is there.

The photographs currently are kept in St Michael's Castle of Emperor Paul which belongs to the Russian Museum. The art works are in the castle of the color of dragon's blood. They are in the place which has been glowing every sunny and sultry day, it was gleaming in the middle of the north summer rainy night when eight years ago I went by. It was mentioned in so many mysterious pieces of Russian literature.
The photographs will be exhibited in the Marble Palace of Count Orlov, another department of The Russian museum and very famous venue. The Marble Palace in Saint Petersburg is decorated at least by 32 shadows of different sorts of marble. The palace is lilac and pale and lavender and rose. Like all buildings ornamented by natural stone it reflects colors of the sky and Neva and it evolves as a result of weather.
St Michael's Castle was built as a residence for Emperor Paul. The Marble Palace was erected for the favorite of Empress Catherine the Great, the mother of Emperor Paul.

The Biennale will be accompanied by the release of the specially designed Biennial Сatalogue, the book of exceptional quality which will be published in English and in Russian.

I am so grateful for including me in the exhibition. Organizational efforts and curatorial selection of employees of The Russian Museum are most appreciated. Being usually balanced in my expressions I have to admit the words of my friend regarding the event, yes, it is the triumph.

■ Introduction
■ Table of Contents
■ Оглавление
■ Home
■ На главную
I publish here my prose, translations, writing on cultural phenomena on the edge of literature and architecture and all other related news. Sometimes I write in English, sometimes in Russian. Usually I reveal texts once or twice a year.

All content copyright
© ∞ 2006-2018
Olga Gubanova
All Rights Reserved
Please don't copy and paste these texts anywhere without my permission. If you think that others would like to read them, please, post a link to this page. Thank you!